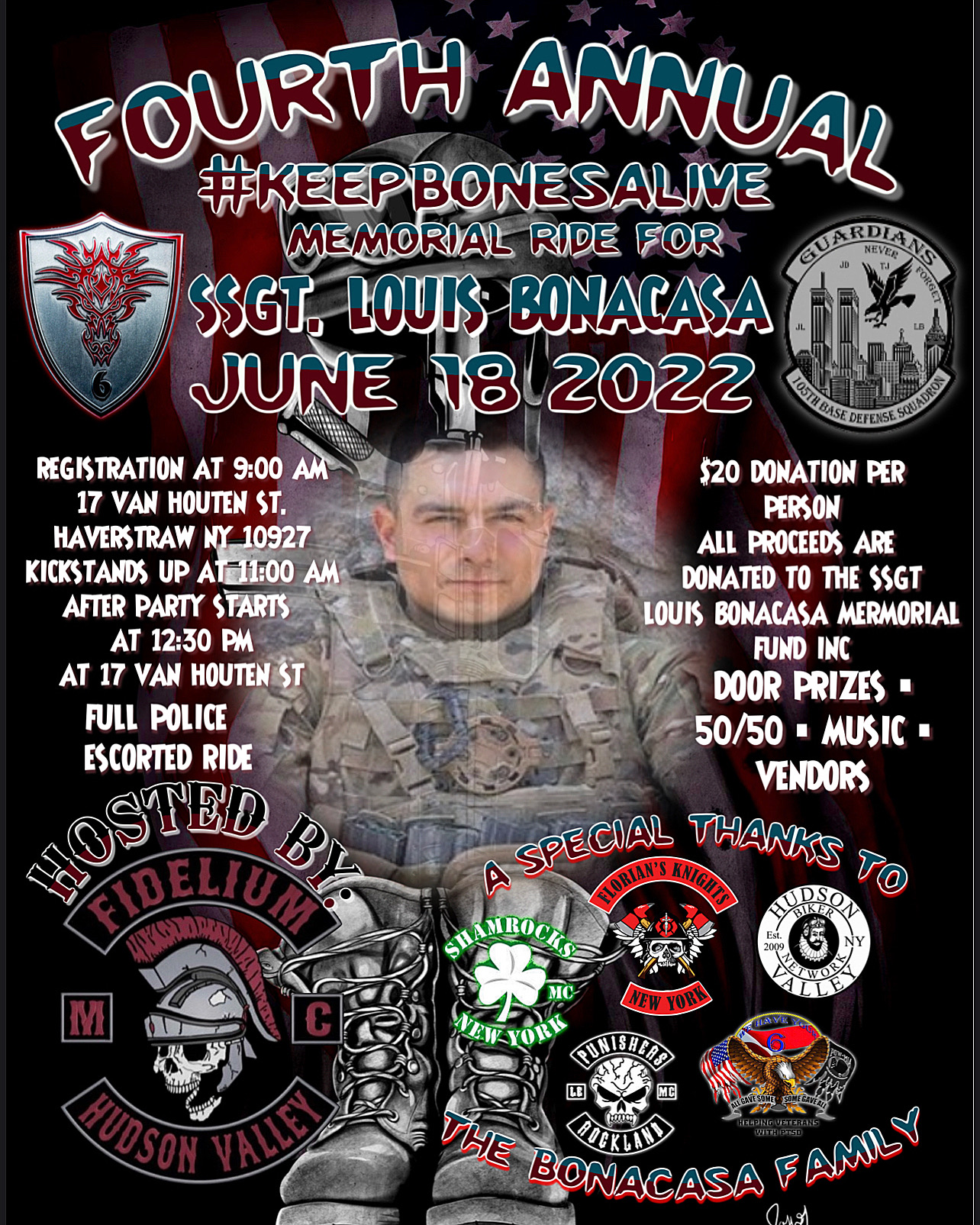 Staff Sergeant Louis M. Bonacasa was killed in the line of duty on December 21, 2015 while conducting outside-the-wire human intelligence operations near Bagram Airfield in Afghanistan. Staff Sgt. Bonacasa and Tech Sgt. Joseph Lemm heroically placed themselves between their team members and a terrorist’s explosive-laden motorcycle. Although they and four others lost their lives, their actions saved the lives of two of their fellow team members and an Afghan Defender. Louis received the Bronze Star with Valor, Purple Heart, and made an Honorary Air Force Office of Special Investigations Special Agent. He enlisted in the Air Force after graduating from high school in 2002. In 2010, he joined the 105th Airlift Wing and was assigned to the 105th Security Forces Squadron, Stewart Air National Guard Base. He served four tours among Qatar, Iraq and Afghanistan. He is survived by his wife Deborah, who is a veteran, and their daughter Lilianna. The Ssgt. Louis Bonacasa Memorial Fund, Inc. is dedicated to honor Louis’ memory by helping to support Veterans, Active Duty, Reservist, Gold Star / Blue Star families and other families in need. It was founded by gold star wife and USAF Iraq Veteran Deborah “Dee” Bonacasa.